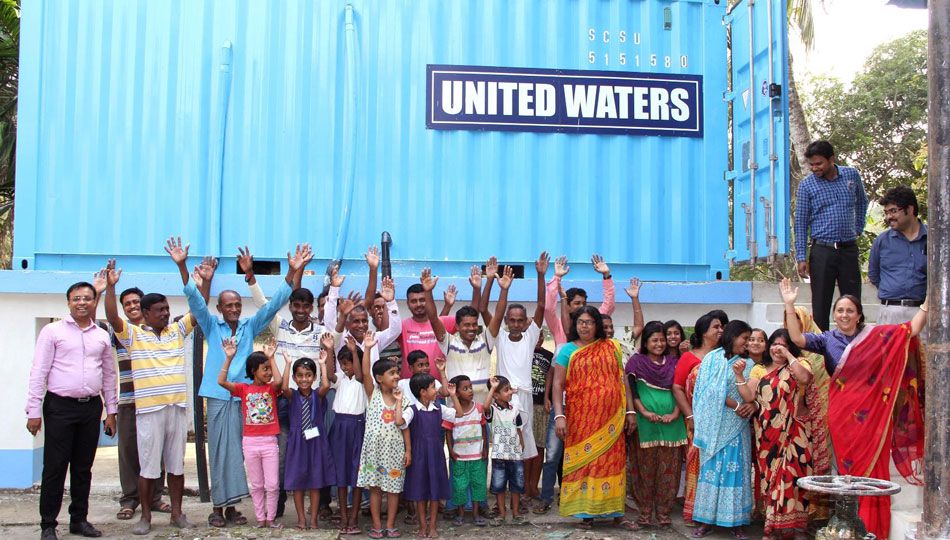 United Waters International AG (UWI) supplies modular mini waterworks (20-foot containers) for the production of biologically produced, healthy drinking water without the use of chemicals to remove any impurities. The production requires only fractions of the usual energy consumption. The company has exclusive worldwide rights and patents for the water purification process used here. It was invented in 1977 by Prof. Rudolph Martinell together with a team of the world’s leading scientists from the Royal Institute of Technology in Stockholm.

Today, UWI is mainly active in rural areas in China and India, where water needs are met for communities of 25,000 to 500,000 inhabitants. In 2018, in West Bengal, India, which previously had the highest number of arsenic-affected people in the country, the arsenic concentration in drinking water was reduced by 97% and the iron concentration by 98%. The supply of healthy and clean drinking water to the villagers was thus finally assured.